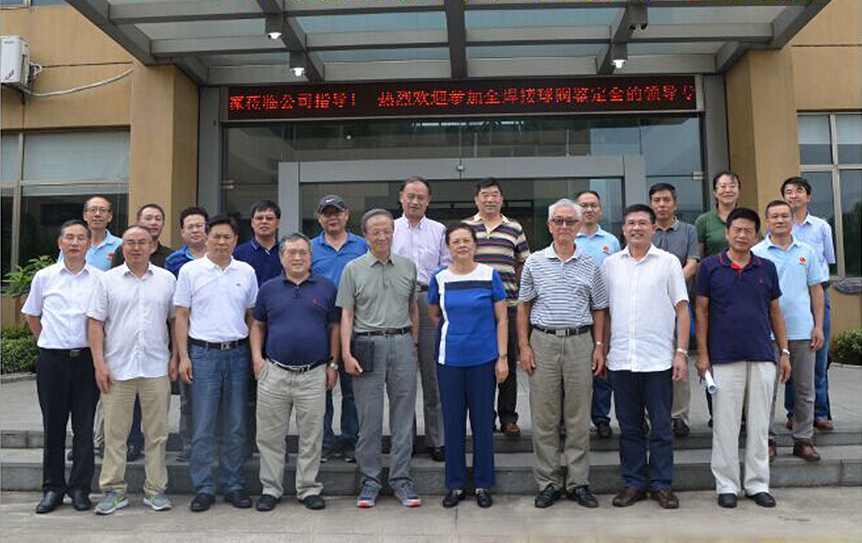 1. Characteristics of valve market at home and abroad

From the perspective of the entire valve market, there are mainly two:

From the perspective of these two markets, the supply of ordinary valve products is severely surpassing demand. Secondly, companies are overwhelming, disorderly competition, counterfeit and inferior... The market is very irregular, leading to fierce competition among certain valve manufacturers. During the year, the company suffered substantial losses in successive years. From the perspective of the needs of these two markets, with the development and improvement of the market economy, especially the Progressive World Trade Organization (WTO), the market changes more and more, enterprises are more and more affected by the market, and users have more and more influence on the market. The demand for products is getting higher and higher, and the demand for product development and production cycle is getting shorter and shorter.

2. Foreign markets. The foreign market has been very active in recent years and the competition is fierce. The import and export of valves in East Asia and Southeast Asia has grown rapidly, the market trade between developed countries such as the European Community in North America has continued to develop, the exports of Germany, Italy, Japan, China and other countries and regions have expanded, and the imports of the United States, the United Kingdom, France and other countries have increased rapidly. Growth has formed the support point for the prosperity of the international valve market. Moreover, due to the further internationalization of the world economy, multinational companies will continue to promote the development of the international valve market. The regionalization of international trade has become another major feature.

There are about 2,300 valves produced by three companies in my country, and the valve products they can provide are in several categories, with more than 3,500 varieties and more than 40,000 specifications.

(2) Valves for urban heating: In the urban heating system, a large number of metal-sealed butterfly valves, horizontal balance valves and direct-buried ball valves are required. These valves solve the problem of vertical and horizontal hydraulic imbalance of pipelines, and achieve energy-saving and heat-replacement balance. the goal of.

a. Oil refining equipment. Most of the valves used in oil refining equipment are pipeline valves, mainly gate valves, stop valves, check valves, safety valves, ball valves, butterfly valves, and traps. Among them, the demand for gate valves accounts for about 80% of the total number of valves. (Valves account for 3%~5% of the total investment of the device).

e. Ethylene plant. Ethylene plant is the leading device of petrochemical industry, which requires a wide variety of valves. Gate valves, globe valves, check valves, and lifting rod ball valves account for the majority, of which gate valves need to be the first. In the "Tenth Five-Year Plan", 6 sets of ethylene plants with an annual output of 660,000 tons need to be built nationwide, and the demand for valves is considerable. In addition, large-scale ethylene and high-pressure polyethylene installations also require ultra-high temperature, lower temperature and ultra-high pressure valve series products.

(7) Valves for power stations: The construction of power stations in my country is developing towards large-scale, so large-diameter and high-pressure safety valves, pressure reducing valves, globe valves, gate valves, butterfly valves, emergency shut-off valves, flow control valves, and spherical seals are needed. Instrument shut-off valve, (according to the national "Tenth Five-Year Plan", in addition to Inner Mongolia and Guizhou provinces can build units with more than 200,000 kilowatts, other provinces and cities can only build units with more than 300,000 kilowatts).

3. Foreign markets. With the entry into WTO, my country's valve market is facing competition from foreign valve manufacturers, and the amount of valves imported from abroad will have a greater growth. At the same time, China's medium and low-end valve products will have more room for production.

At present, competition in the valve market at home and abroad is very fierce, especially in the domestic market. The competition between state-owned enterprises and township enterprises and private individual enterprises, coupled with the relative weakening of their purchasing power, has caused some valve companies to face a crisis of survival. At the same time, foreign markets Some opportunities have also led domestic companies to work hard to develop in order to survive. Taking advantage of the opportunity of U.S. sanctions on Iraq and Iran in the Middle East and the favorable export situation, my country's higher quality and cheaper valve products can easily enter the Middle East market and be exported to developed countries. Therefore, all valve companies should seize the opportunity to expand the market and increase exports in response to the needs of the valve market at home and abroad for development.

3. New valve products that should be developed in China

16. Gate valves and ball valves for deep-sea oil fields (under 3000m on the seabed)

In addition, the valve test device also needs to be further improved and developed.

At present, although various manufacturers in my country's valve industry are gradually increasing their research and development efforts, the backwardness of product technology makes competition weak, and the valve varieties produced can only meet about 70% of the market demand. The shortage of low-pressure large-diameter valves, high- and medium-pressure valves whose production and demand are contradictory in varieties and materials, as well as the above-mentioned new products to be developed, require our valve companies to research, develop, and expand. Competition in the market is always the survival of the fittest. Accelerating the adjustment of product structure, technology update, new product development, creation of various brands... is the foundation for the survival, development, and occupation of domestic and foreign markets.

Scan the QR code to read on your phone